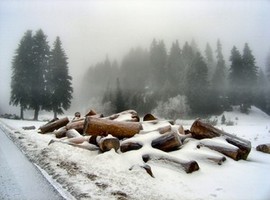 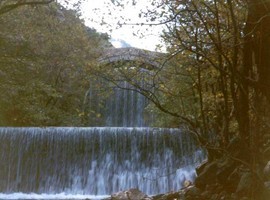 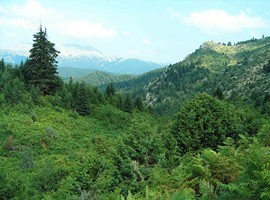 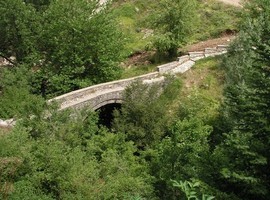 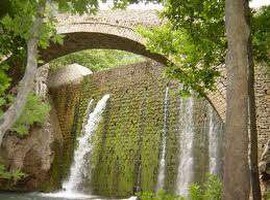 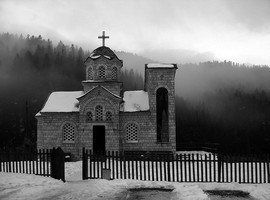 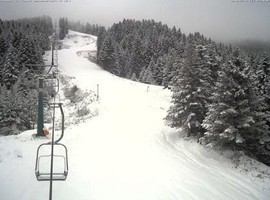 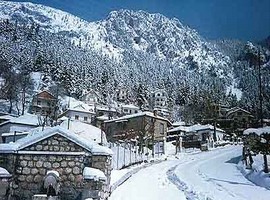 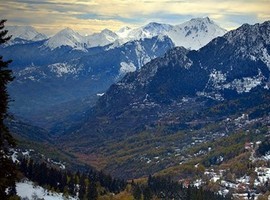 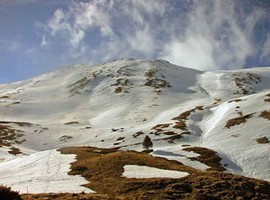 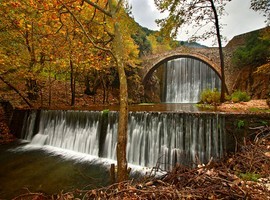 Following the uphill slopes Koziakas, 13 km after the gate at an altitude of 900 meters lies, Elati, the largest of the villages in the prefecture of Trikala and most tourist-oriented. The name of the village was Tyrna, until 1955. You can hear the locals still calling the village with that name. It is speculated that the village was founded after the fall of Constantinople in 1453. Built literally in the green, Elati now has all those facilities and standards to stand up as a “first line” tourist destination. It offers the visitor a unique natural environmental beauty, hospitality, accommodation and unrepeatable catering which focuses on traditional flavors.

It is the place where unique beauty paths cut through the dense pine forest, for drivers or walkers. For ski friends there is a ski center lying just 7 km from the village Pertouli, while for the friends of climbing there are three climbing routes in a short distance from the village, at place called Red Rock. Below the highest peak of Koziakas at a height about 1738 m. lies refuge Chatzipetros. Elati offers plenty of snow in winter and cool and healthy climate in the summer, thus not having anything to envy of the most famous destinations in the Alps. At an altitude of 1090 meters and 50 kilometers from Trikala next to Elati lies the village Pertouli. Built above the mountain slope was previously gathering place for farmers in the region. What makes the village special, is its picturesque stone houses with red or stone roofs. The area is less tourist-oriented than Elati, with lesser but of a higher quality and style accommodation. It has a ski center which operates at the “Pertouli Meadows” with a relatively small track, which is suitable for less experienced skiers and it is equipped with ski-lifts. Throughout the year you can also go horse riding, archery, cycling and other mountain related sports. The forest near Pertouli is one of the most beautiful and well preserved fir forests in Greece. Eighteen km from Trikala to Arta, lies the beautiful town of Gate (Pili). The village lies at the entrance to the plains of Thessaly on the mountains of Pindos.

The two opposite mountains, Koziakas and Itanos, separated by the Portaikos River are forming a magnificent natural gate, hence the name of the village. At the village Gate you can visit a Byzantine church which lies at a nearby village, Porta-Madonna built in 1283 AD. The main characteristic of this church is that it has placed on either side of main gate to the sanctuary, the images of Mary and Christ. The images are unique, full-length, made of colorful pebbles.  The gate was throughout history a battlefield because of its position. Repeatedly destroyed by the conquerors, the last time it was burnt was on June 8, 1943, by the Italian troops during World War II. The most beautiful part of the area though would be Aspropotamos. Aspropotamos is where Achelous River springs and the name means white river, because of the clear, rushing waters. It’s a perfect place for nature lovers, because the place is very well protected from human intervention.