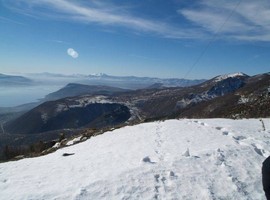 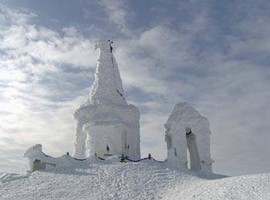 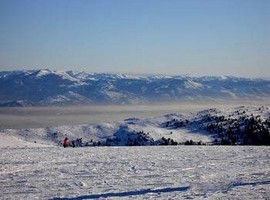 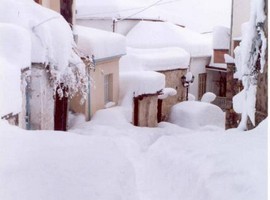 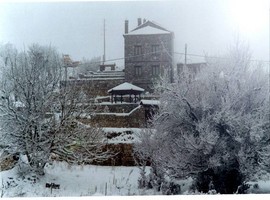 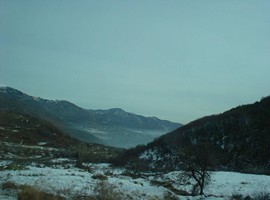 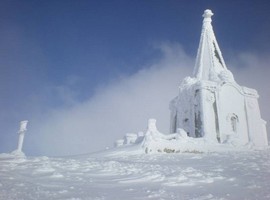 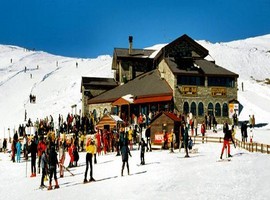 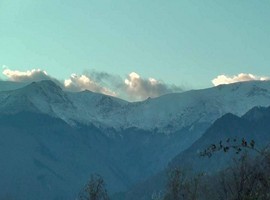 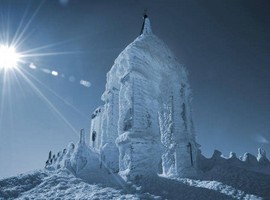 The term Boras or Kaimaktsalan (name of the mountain which means white top) is the third highest mountain of Greece at an altitude of 2,524 m. The Kaimaktsalan rises along the Greek-Yugoslav border, while the largest part  of the Greek section belongs to the prefecture of Pella. The mount Boras attracts nature lovers and hikers, as well as thousands of skiers who visit the modern facilities of Ski Center Boras, while the Greek skiing national team and most ski schools  start their preparation there.

The Ski Center-Bora Kaimaktsalan is 45 km from the beautiful city of Edessa and grows in the southeast side of the mountain at an altitude of 2,050 to 2,480 feet. At the top of the mountain there is the beautiful chapel of Prophet Elias.  Overall the Bora ski center has 14 tracks of varying degrees of difficulty: 4 easy runs, 5 difficult tracks, a Snowboard track and Fun Park, specially designed for lovers of snowboard, a Snow Tubing track for somersaults and and 3 racetracks used for training and racing clubs. In the Ski Center of Bora operated ski schools with experienced and qualified instructors for those who decide to get there on their first contact with this fascinating sport. The vegetation of  mount Voras in Kaimaktsalan is rich and rare and includes many hard to find plant species in Greece and the wider Balkan region, supports a large number of fauna (birds, amphibians, reptiles), making the Bora habitat important for the ecological balance of the site. Many trekking and mountaineering clubs organize trips to Bora as there are beautiful trails of outstanding natural beauty. One of the routes which are accessible to all walkers is leading to “Floros’ Gorge.” The route starts from the junction of the refuge of Naturalist Club Edessa in Boras and reaches across the gorge’s forested area where there are numerous waterfalls. A forest road starts as well from the area of the Ski Center Boras and leads to the top Xadanoko (alt. 1787). The route lasts approximately one hour.

The path leads higher up, on top Piperitsa (alt. 1998) after a four hours’ walk. From the area of St. Athanassios  you can take the international path E 4 / 6 which leads to the purpose of Florina  through beech woods and ravines. The villages of Old and New Saint Athanasius Saint Athanasius is widely known under the name Tsegani. In 1918, shortly after the liberation of Macedonia it  was known as a community by the name Tsegani, retaining this name until 1926.According to sources, the original name of the area was Meteora, probably because of the steep slopes of Mount Vora, but after protests from residents it was renamed to St. Athanasius. This name comes from a chapel built on a hilltop south of the village.