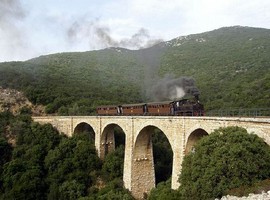 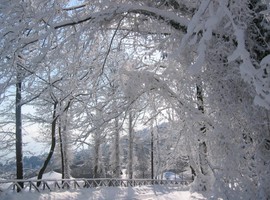 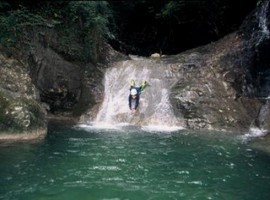 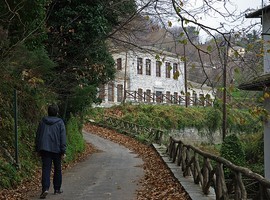 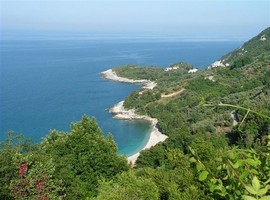 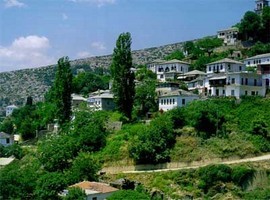 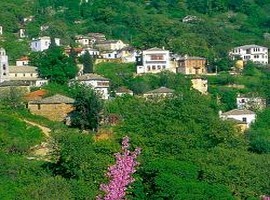 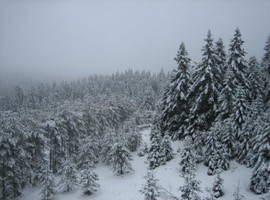 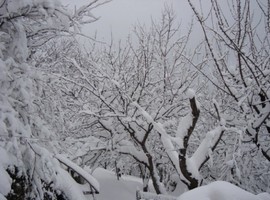 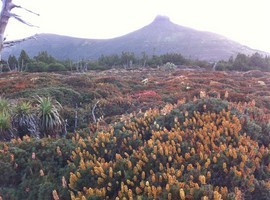 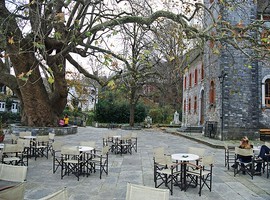 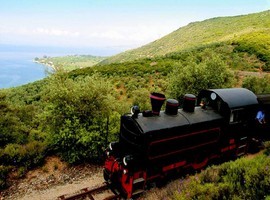 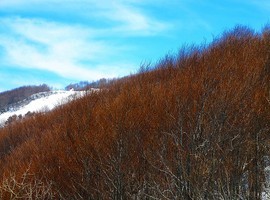 Pelion is a mountain in the prefecture of Magnesia next to the city of Volos , with a height of 1,624 feet (top Pourianos Cross). In Greek mythology it was the summer residence of the gods and home of the Centaurs . It spreads from northwest to southeast with an approximate length of 44 km and a width ranging from 10 km in the south to 25 km in the north. The highest peak is located on the north side of the mountain and not is visited because of the existence of military bases. The whole mountain is covered with pine forests and fir trees. At lower altitudes there are apple trees on the eastern slopes and many olive trees to the south. It is a tourist destination throughout the year, having dense network of trails for hiking and coves with small or large beaches with sand or pebbles. Pelion there are over 40 villages and settlements built in the traditional Pelion architecture. The visitors can see for themselves how stone can be transformed in the hands of appropriate craftsmen to exceptionally beautiful Pelion mansions and cobbled streets.

Here are the most famous villages of Mount Pelion:
Hania: A tick lower than the peak of Pelion, Hania is the highest village in the mountains and one of the most famous, because the Ski Centre is located just two kilometers away. The ski center of Pelion was created by the Greek Mountaineering Club of Volos in 1967. Although relatively small, its place among the traditional villages makes it an ideal destination for the whole family. From there, you can enjoy the fantastic view at the Aegean sea and the Pagasitikos Gulf. It has two aerial lifts with one seat, one two-seater and two sliding ones. There are three main slopes, a beginner slope and an endurance skiing slope. The area has organized ski schools and shops renting equipment. In chalet ski resort in Pelion you can enjoy local dishes and hot drinks.
Portaria: Within walking distance from Volos (just 12km), Portaria is the first major stop in your climb to Pelion. For several years it has been the  capital of a small municipality, but local authorities have taken care not to affect its traditional character. This means that the architecture of Pelion still exists, in the streets, first and foremost at the famous trail of the Centaurs, a place for rejuvenating walks. Upper-class hotels are there to offer royal hospitality.
Makrinitsa: Following a short detour to the entrance of Portaria few minutes ahead lies Makrinitsa. Throw a coin la Fontana di Trevi fountain in the village and enjoy the breathtaking panoramic views of Volos and Pagasitikos.
Zagora: The name of the Slavic meaning “behind the mountain” after Zagora, the largest village, is built in an inaccessible area with panoramic views of the Aegean, which gives it more and more tourists every year.

Tsagarada: It consists of four smaller settlements, which are named by the churches located in the central squares, and you’ll see perennial plane trees in the region that reaches up to 17 meters! Incidentally, Tsagarada has impeccable tourist facilities and the location is ideal for those who want to discover walking the east side of Mount Pelion.