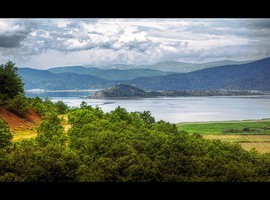 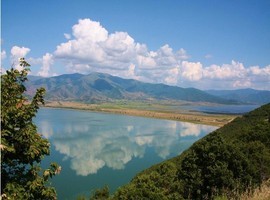 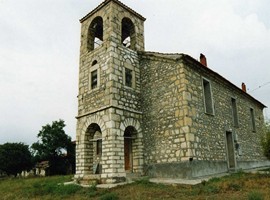 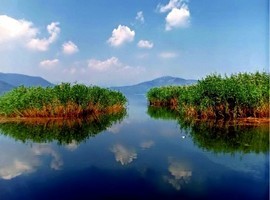 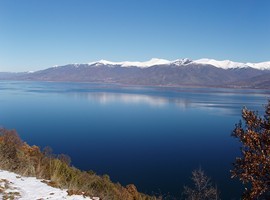 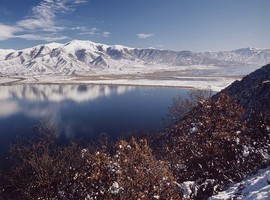 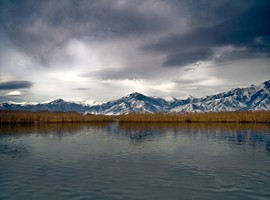 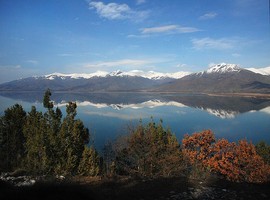 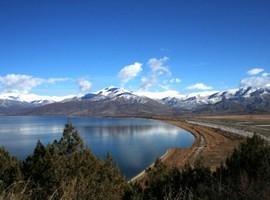 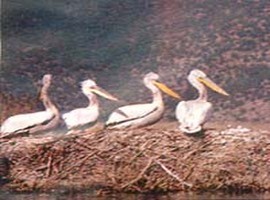 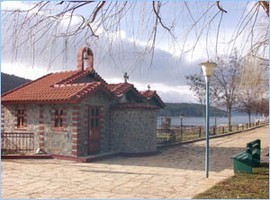 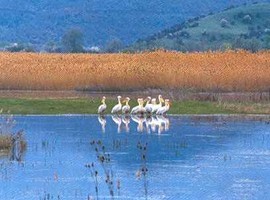 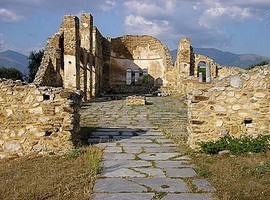 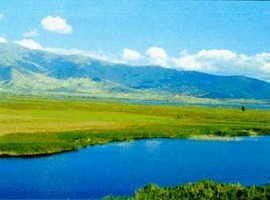 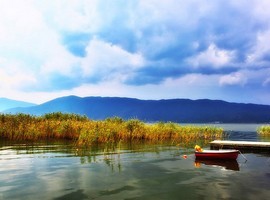 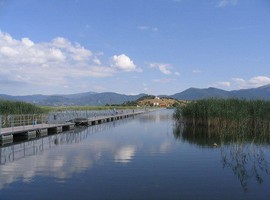 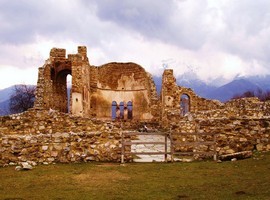 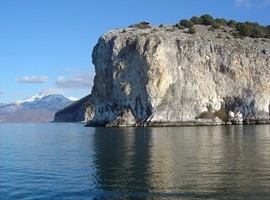 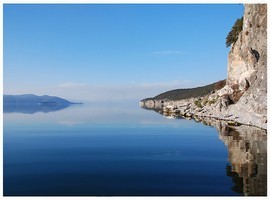 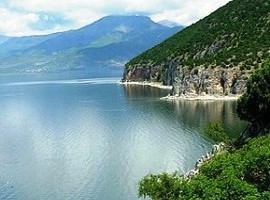 The lakes of Prespes lie on the borders of three countries, Greece, Albania and the Republic of Skopje.

A vast 300 square kilometers plateau  lies west of the mountains of Varnounta, east of Mount Vrontero north of the green slopes of Mt Triklario and south of the usual snowy mountains of Albania and the Republic of Skopje. The Great Prespa Lake, the largest lake in the Balkans, lies at an altitude of 853m. and has a maximum depth of 50m. It covers an area of 288 sq. km, of which 37 belong to Greece. A narrow neck of land, 5 km in length and with a width ranging from 8 to 1,000m. separates the Great Prespa Lake from its sister, Little Prespa, Vrygiida according to the ancient name.

The Small Prespa Lake has an area of 44 sq. km and a small part of it belongs to Albania. Prespa, along with Malik and Ohrid lakes are considered as a unity and are called lakes of  the Dassaritiki basin. By bus from Athens to Florina distance is 540 km and just 165km from Thessaloniki. From Florina you will cover 45 more km to the Lake Prespa and you should be careful when crossing mountain Pissoderi, where you will find several turns. But the landscape will certainly reward you. The road from Florina to Prespa is one of the most beautiful in northern Greece, all year round. The forest area is the richest in Greece and it is covered with oaks, towering beeches, birches and trees unique to the Greek world, such as centaur’s Prespa and the berries forest. The natural beauty of the region of Prespes is reflected in the waters of both lakes, an area in which some of the rarest species of animals and birds find valuable shelter. The rich flora and fauna of this impressive biodiversity led to the area designated as a National Park since 1974. Indeed, the lakeside village of fishermen and Agios Germanos are protected as traditional communities of the park. The Small Prespa and the little island on its center, Saint Achilles, and specific lakeside areas, give the Park’s a unique wetland identity.

The area of Prespes is one of the 11 Greek wetlands of international importance. On the forested slopes of the mountains and the reeds of the water of the park is estimated that there are over 1300 species of plants, 15 species of fish, 11 amphibians, 40 mammals and 260 bird species. In this unique ‘paradise’ nest and reproduce some of the rarest species of the animal kingdom. At Prespes you will find Dalmatian pelicans, which are endangered. 1000 pairs are left in the world and 150 of them living in this region. Yet one can see herons, cormorants, geese, raptors, such as golden eagles, snake eagles, peregrine falcons, several species of frogs and toads as well as 20 species of reptiles! So watch your steps. During the 1970’s no visitors were allowed in  to approach and navigate the area without special permission and without the escort of a soldier, and the Greek-Albanian border was a very politically sensitive area. Since then of course things have changed greatly.

Before you start wandering in this so special place, it is useful to visit the Information Centre of the small village of Agios Germanos. From there you can get hiking maps for the area, brochures on the particular history of Prespa and the remarkable flora and fauna. Do not forget to have your camera or camera and binoculars, of course. The Center can also guide you in the area with trained drivers-guides.