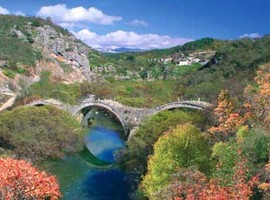 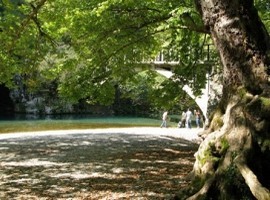 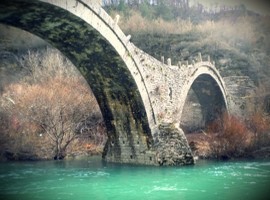 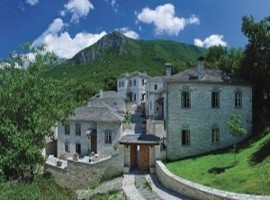 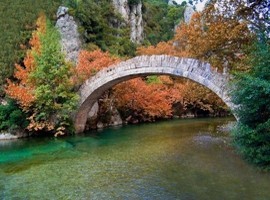 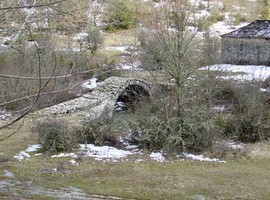 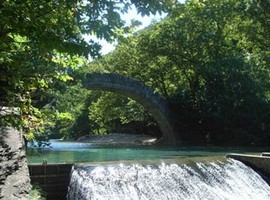 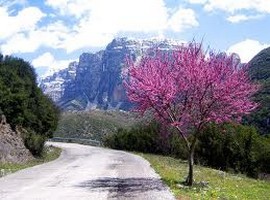 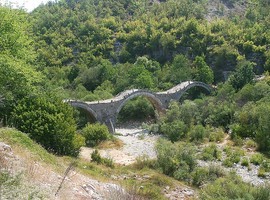 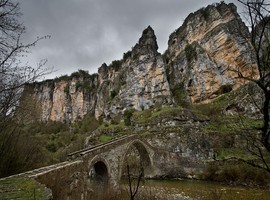 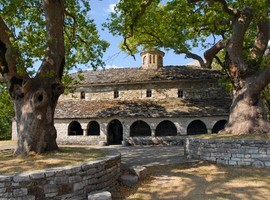 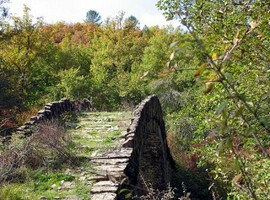 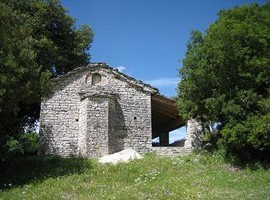 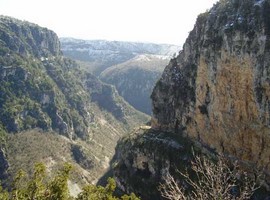 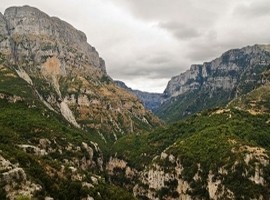 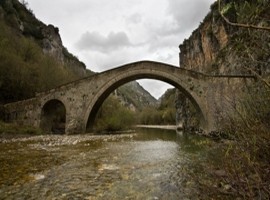 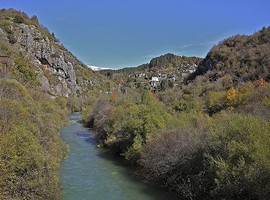 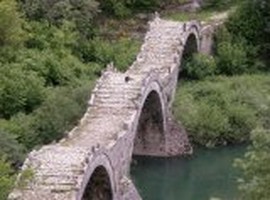 From the Slavic word meaning “behind the mountains,” Zagoria constitute a unique residential, historical and cultural unity of 46 villages north of the basin of Ioannina. They are located between  Gamila and Mitsikeli Mountains as well as the Aoos River, part of the massive Pindus Mountain Range that stretches from North-West  to Central Greece. They are  geographically  divided into three sections: the Central, West and East Zagori with twenty, ten and sixteen villages respectively.

Many rivers flow through the Pindus Mountains and in spring, the melting snow makes them dangerous to cross. Bridges were essential for keeping trade routes open and Zagoria is full of with these stone structures. The main bridge type is the  single-arched bridge, with the Kalogeriko Bridge near Kipi standing out having three arches. These old bridges are very narrow and only a low ridge marks their edges. Every village has a central square that separates the village to the up and down neighbourhood. Usually near the square there is the central church of the village, the cafes and the village’s school. All streets and all the stone paths lead there.In each square there is a tree, and that is a rule for every village in Zagorohoria. Under its cool shade take place all cultural events culminating during the feast of the village. With stone being the main building material, all villages are full of stone buildings, slate roofs and cobbled paths . The local  culture is mainly expressed via the numerous churches and monasteries of the region. Churches were built in the style of basilicas and are characterized by low colonnaded arcades on the sides as well as beautiful frescoes and intricately carved wooden altar screens. Almost all villages have a church and usually a nearby monastery.

The Gamila massif extends over the Aoos ravine to its north and the Vikos Gorge to its west. In the west The view from the Towers of Papingo is unforgettable and that’s why the villages of Megalo Papingo and Mikro Papingo are so popular. To explore the Aoos Ravine, follow the marked trail from the Konitsa bridge to the Stomiou Monastery.

The Vikos Gorge can be viewed for most of its length from the Vikos Balcony. You can grt there in half an hour by  car  from Monodendri. There is a  trail from Monodendri that leads to the bottom of the gorge and follows the Vikos river through thick forests. You can climb to the the highest peak which is  Gamila. There are several trails up the mountain that converge at the base of the peak. You can also visit the Valia Calda (Warm Valley) National Park, which  is located midway between Vovoussa in Eastern Zagoria and the village of Milia near Metsovo. It is a valley surrounded by the peaks of the Ligkos Mountains and heavily forested with pine and beech trees. There are beautiful stands of Scots pine and the Valia Calda marks their southernmost range in all of Europe.