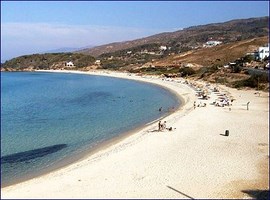 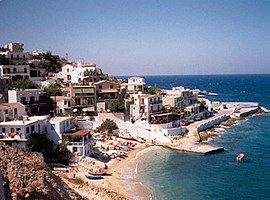 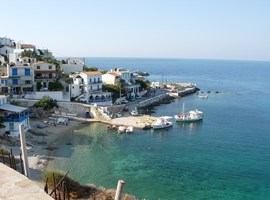 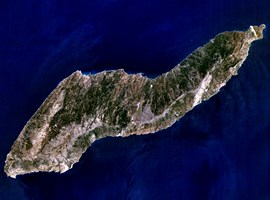 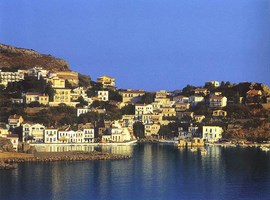 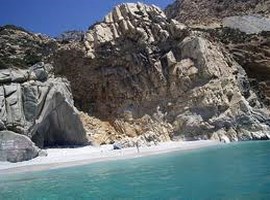 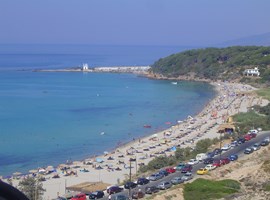 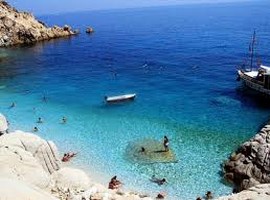 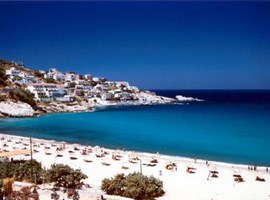 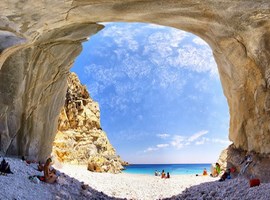 The island of Ikaria is located in the northeastern Aegean Sea close to the island of Samos. According to the Greek Mythology, Icarus was a mythical man who was flying close to the sun with his wax wings but he fell into the sea and was drowned because his wings had melted down. So, the island was named after him. Ikaria island has a rich history, which is obvious in the Byzantine and Roman archaeological findings and remains.

The Castle of Koskina which was built in the 11th century AC, during the Byzantine Empire, is located on the top of a mountain. Inside the castle you can see the church of Saint George. The Fortress of Drakano is another great example of the military history of the island. The castle was built by the residents of Athens, during the era of Alexander the Great. This 13 metres high stone built military bastion was being used as an observation point for the traffic in the Aegean Sea. The visitors can also find the remains of a Byzantine Odeon (small theatre) in Kampos village, used by the aristocrats during the ancient times for various musical and theatrical events.

Also, it’s worth to visit the Roman baths of Therma. During the Roman times, the hot spring water with the curative abilities flowed out and the people were cured of their diseases when bathing in it. But after a strong earthquake, the hot springs of Therma stopped working and the town sank under the sea. If you love snorkeling, in a dive you can see some of the remains of the town in the region. Close to this place, if you follow a paved path you will reach to an active hot water spring, from which the hot water with healing abilities flows out directly to the sea. The visitors can bath in it to cure themselves, of any rheumatic, skin or other kind of diseases. In the village of Nas, the visitors can also explore the remains of an ancient temple of the Olympian goddess Artemis which was built around the 6th century BC.

For the lovers of nature, the island is doubtless a small paradise. Its entire surface is covered by beautiful and rich pine and oak tree forests. The people can hike on the stunning countryside, on unexplored or popular paths to enjoy the natural majesty. The island of Ikaria is officially one of the most beautiful places in the Mediterranean territory and a perfect place for tourists who want to enjoy their holidays in relaxing and amazing natural landscapes. The mountains, the crystal lakes, the clear rivers and the full of flora and fauna forests of the island of Ikaria make a unique combination of natural beauty.

The best beaches of Ikaria

Livadi: Livadi is a long beach with fine gold sand and exotic colour water. A part of this beach is organized with sunbeds and umbrellas.

Kambos: Kambos has crystal blue shallow waters and it is surrounded by short vegetation. The most remarkable thing about this beach is its soft sandy coast. The beach is surrounded by bamboos and other plants which give an exotic sense to the place. A snack-bar and a popular beach bar work on the beach. Tourist facilities as for accomodation and taverns are available in the village.

Nas: The beach of Nas is the most picturesque beach of the entire island of Ikaria. This narrow beach is surrounded by rocks and it offers to its visitors the most breath-taking sunset on the island. The beach of Nas is located at the connection of a river with the Aegean Sea, creating a beautifully unusual landscape. The beauty of the place complete the dense forests with their streams and the wonderful small waterfalls which can be seen just a few metres behind the beach. As it’s already mentioned here also are the remains of a temple dedicated to the goddess Artemis, lying on the coast. Nas can host both the nudists and the non nudists visitors. Some excellent taverns are standing on the edge of the cliff above the beach, offering an amazing panoramic view of the sea.

Seychelles: This white pebble beach has really beautiful emerald waters and it is surrounded by impressive rocks, creating a wonderful scenery which you cannot meet easily in other places. The name of the beach gives a sense of the beauty and the exotic note of the place.

Halari Gorge is a wonderful natural sight close to the Armenistis village and the beach of Nas and is located about 50 km away from Agios Kirikos, the capital of Ikaria. This gorge is full of small nice lakes, rivers and impressive waterfalls. It is a great area for walking, trekking and hiking while the old, stone bridges connect the trekking paths to each other.

The flora of Halari Gorge is consisted of plane trees and short green bushes. The fauna is also interesting, as beautiful and rare birds have their homes in this area. A walking path connects the beach of Nas with the village of Rachon Jesus which is a mountainous village amphitheatrically built according to the traditional local architecture of Ikaria.

Ikaria, the island of long life

Maybe someone says that Ikaria looks like the other Greek islands. However, there is a big difference; in this island the people live much longer than the average. In fact, the people here live approximately  10 years longer than those in the rest of the European and American countries while one in three Ikarians lives until the age of 90+! The residents of Ikaria also have much lower rates of cancer and heart disease, they suffer remarkably less from depression and dementia, keep an active sex life until their old ages and they remain physically active deep into their 90s. So, what is the secret of Ikaria? You should visit the island and ask yourself one of the kind and friendly residents of this beautiful and interesting island of the Aegean Sea.